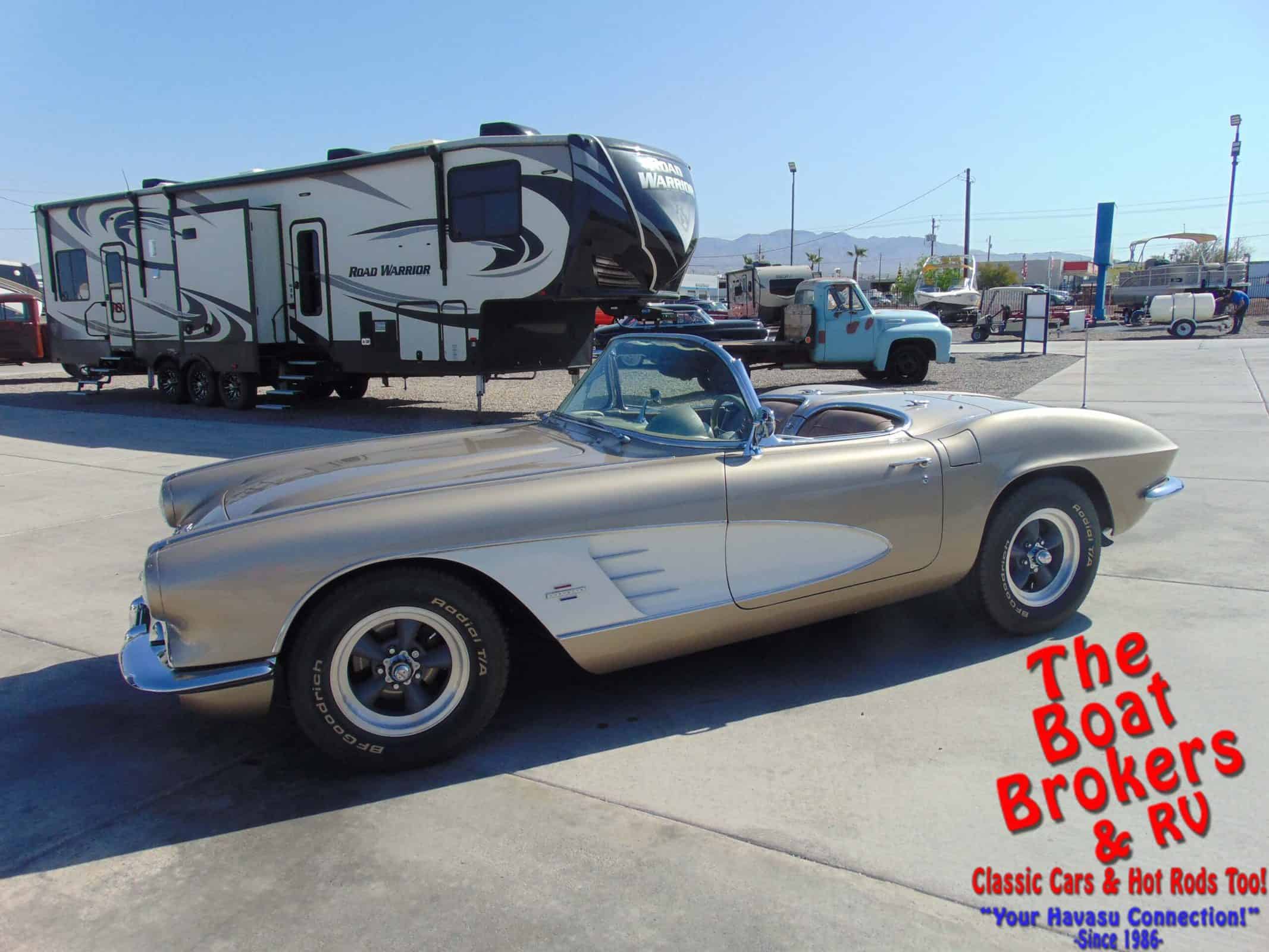 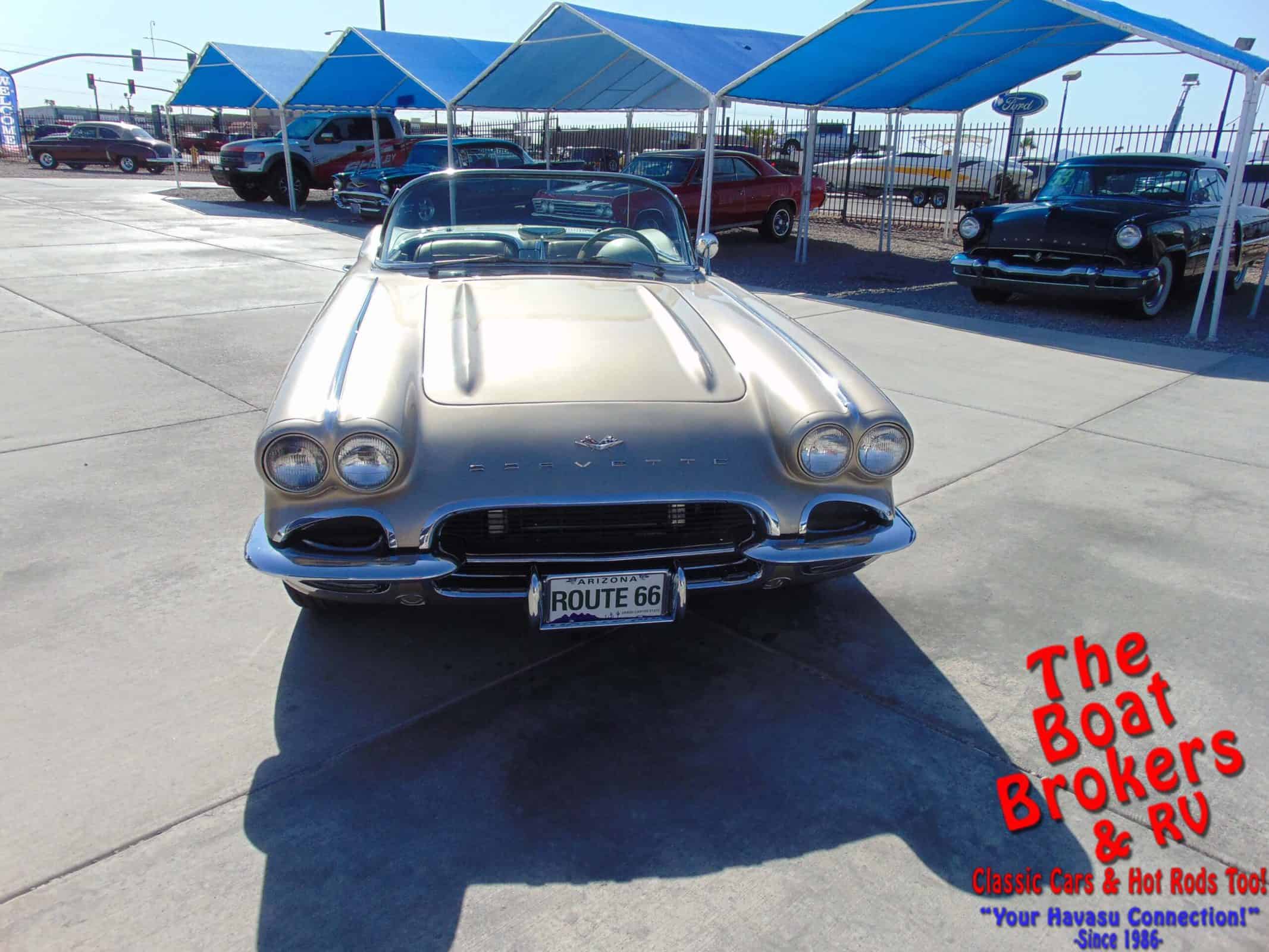 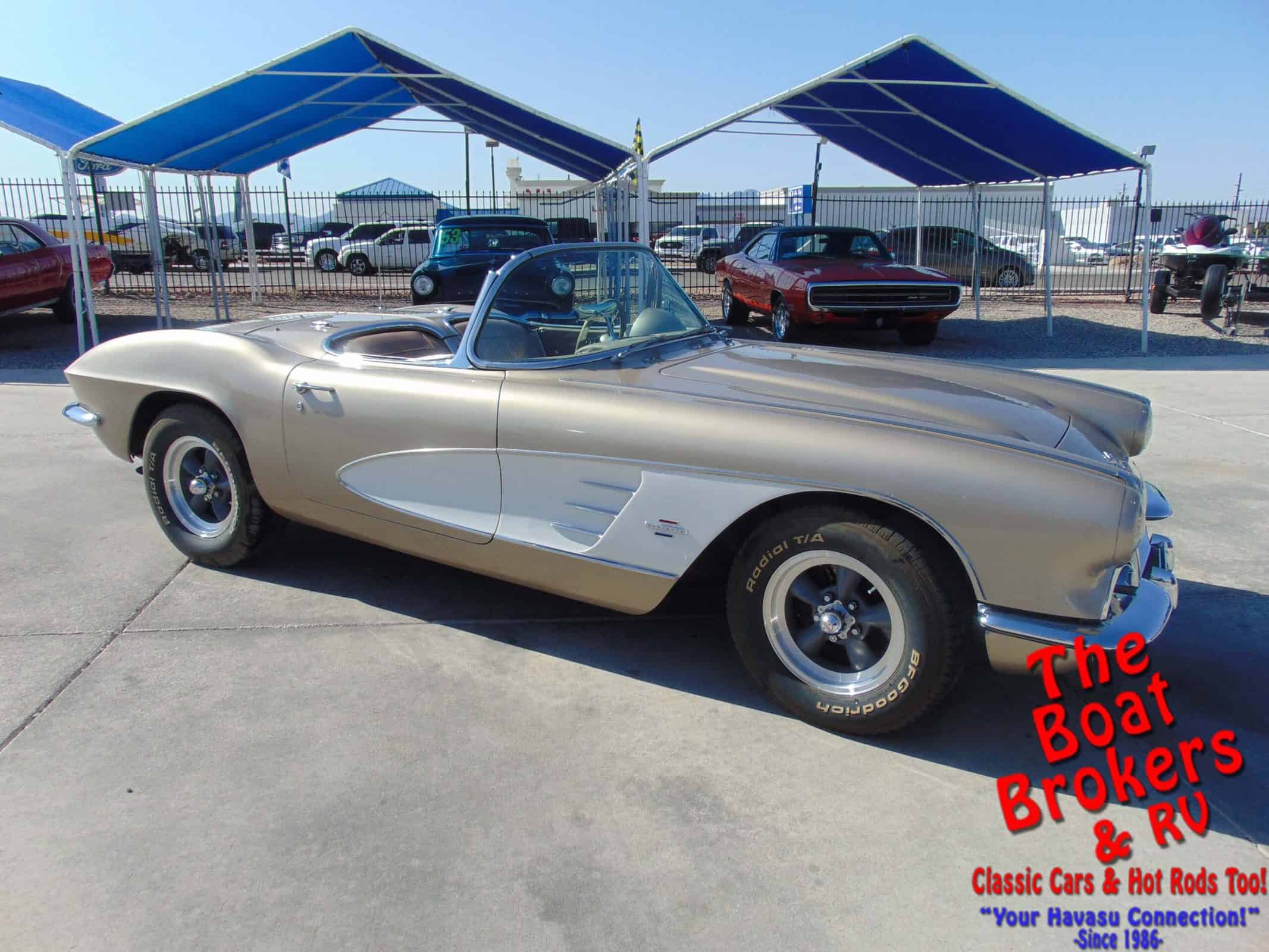 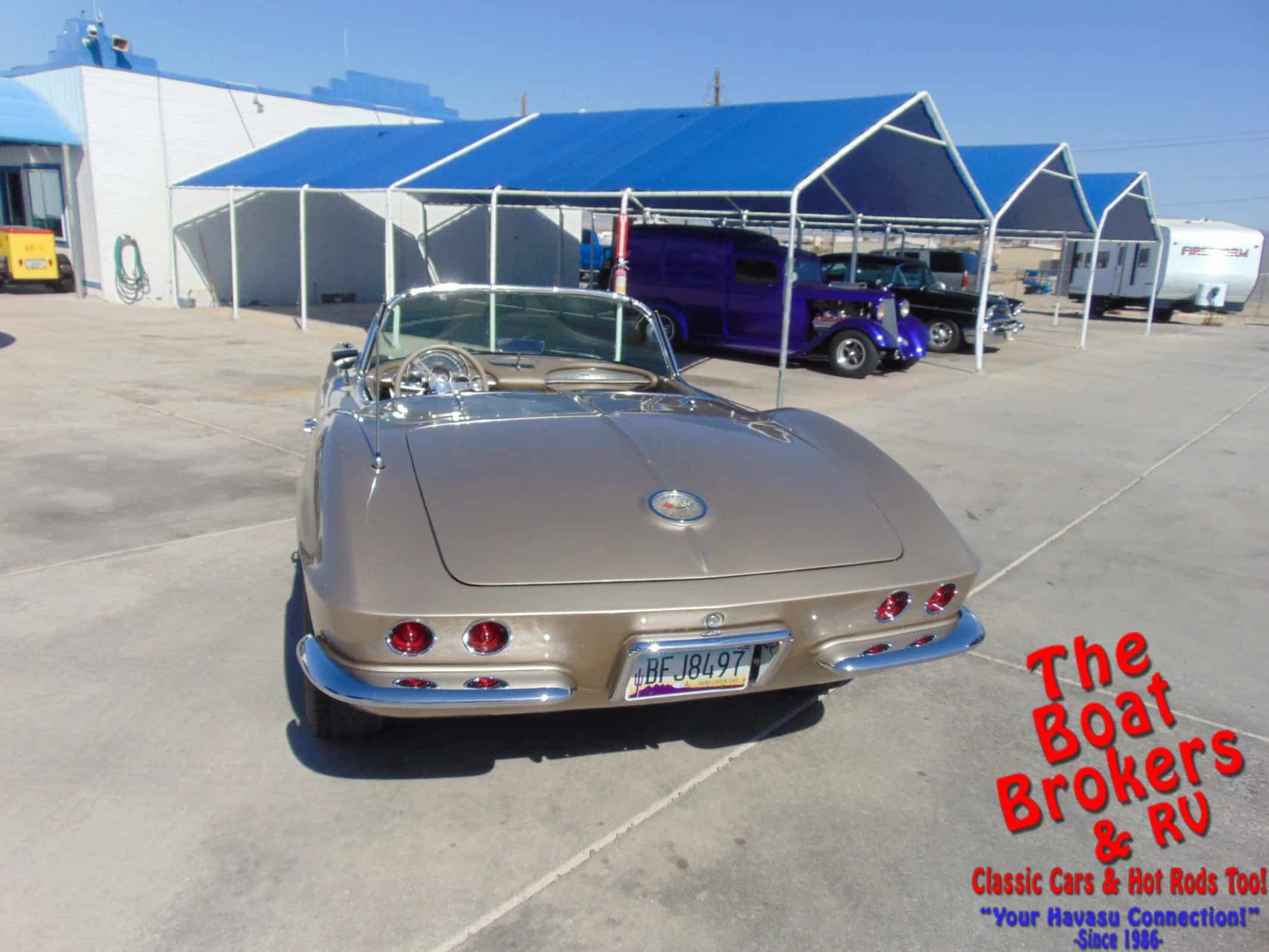 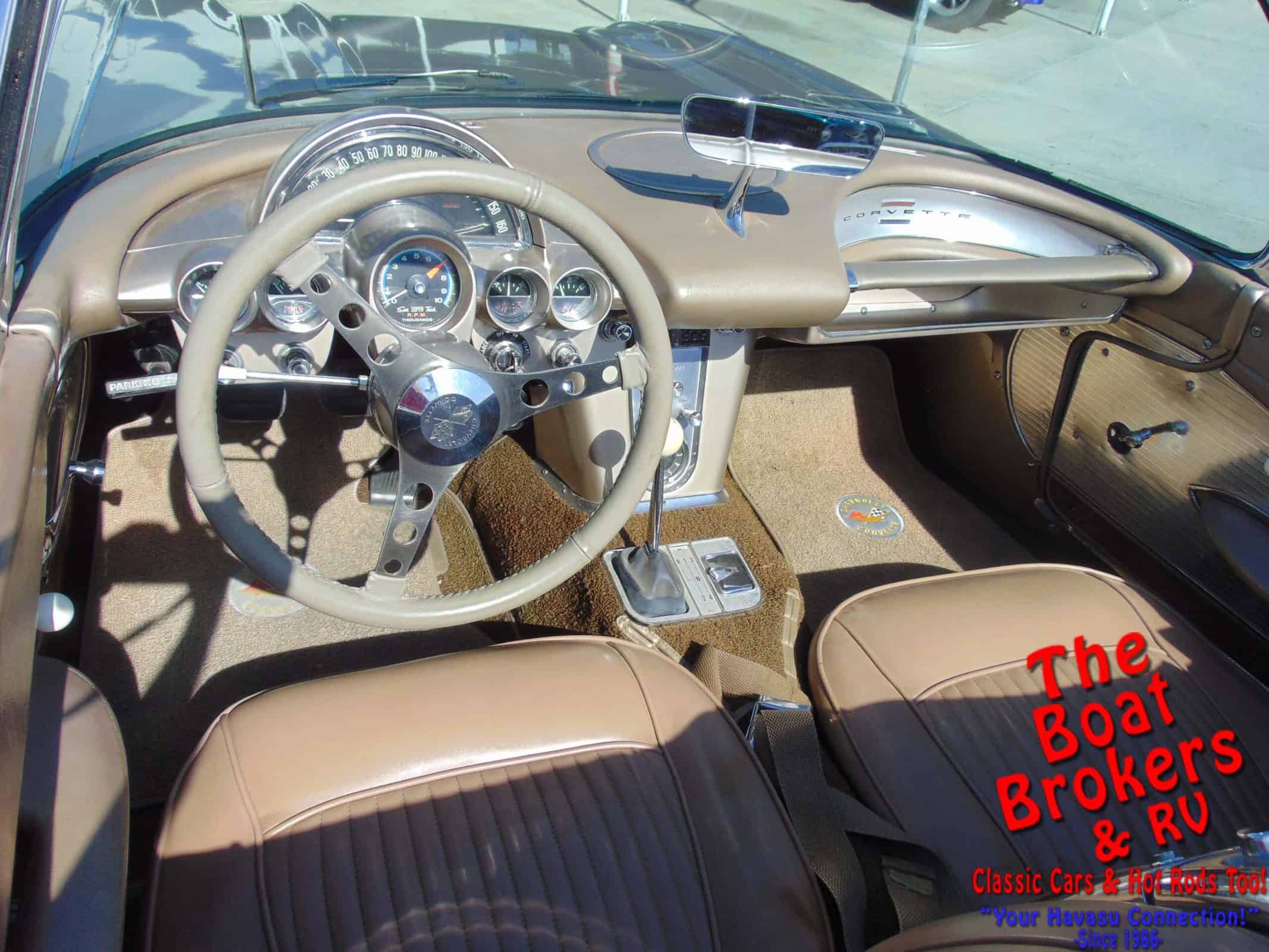 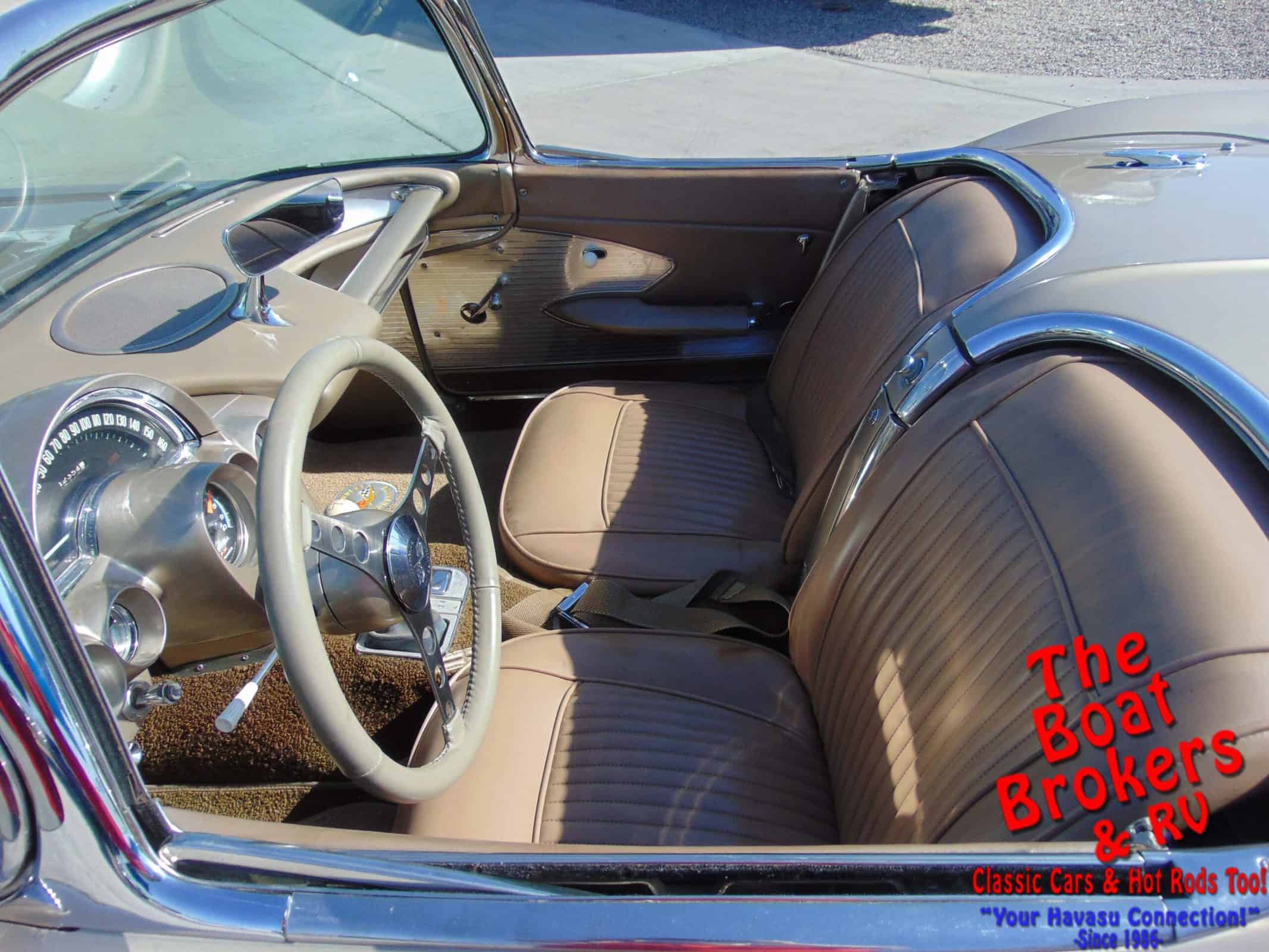 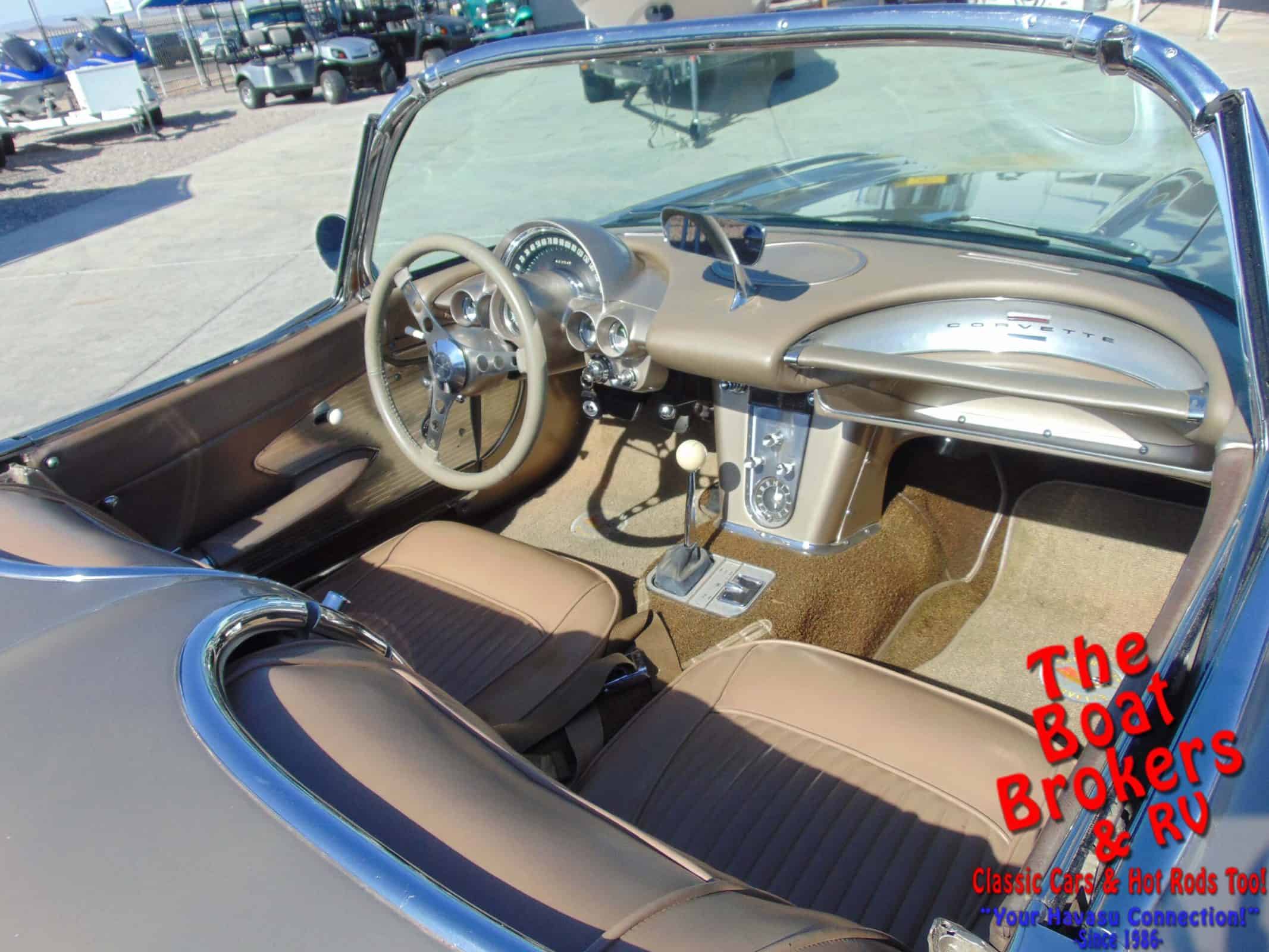 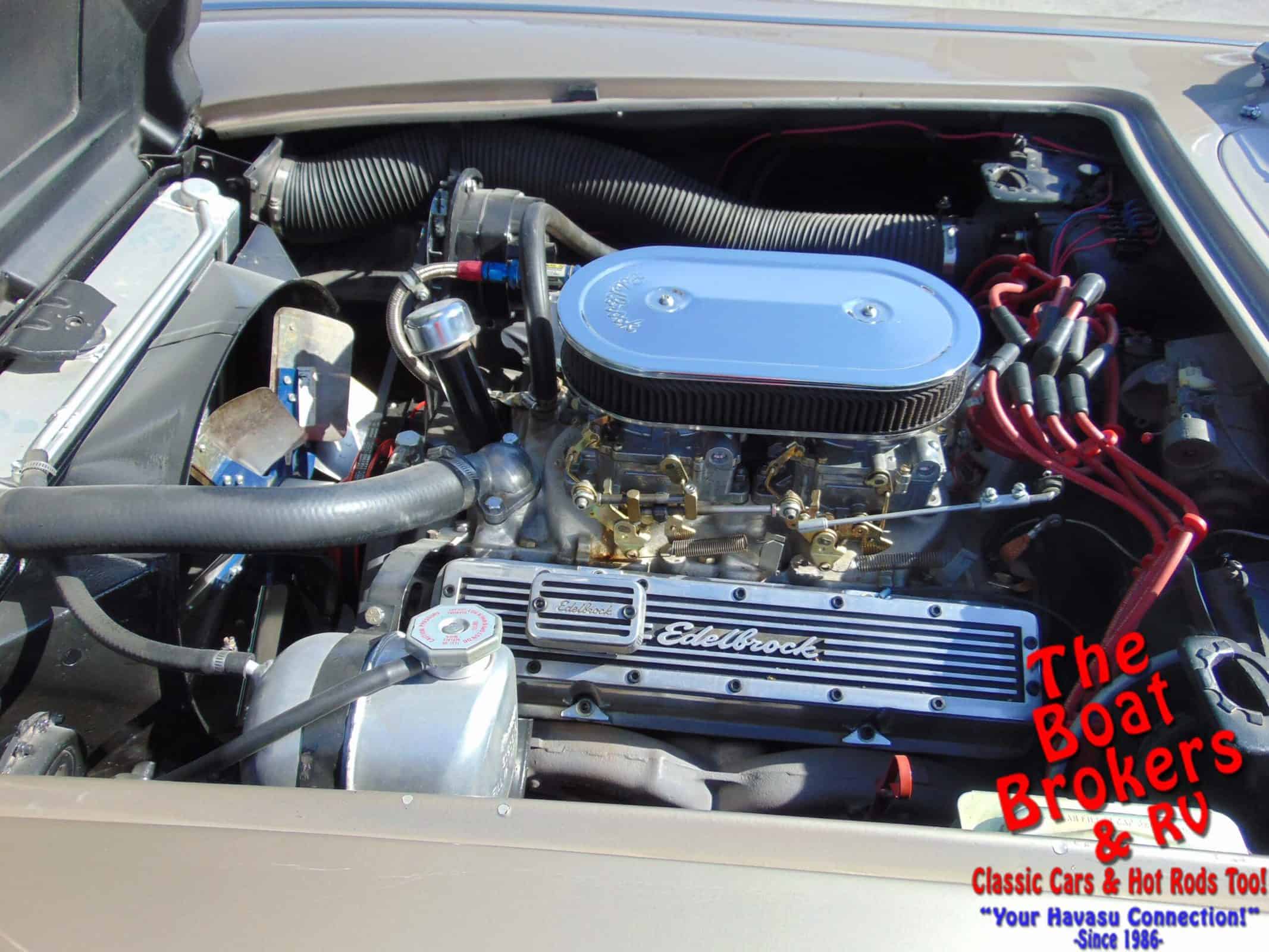 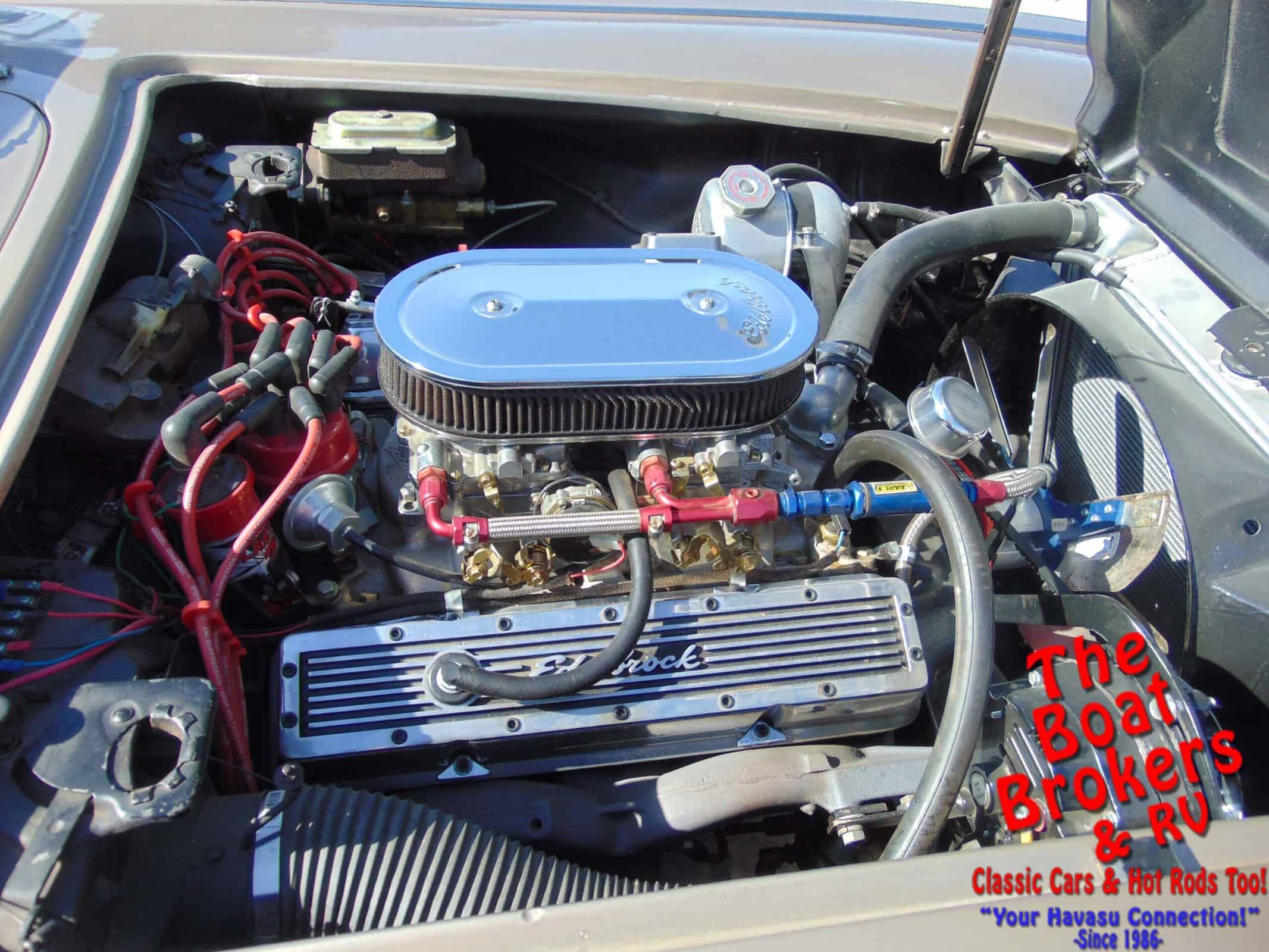 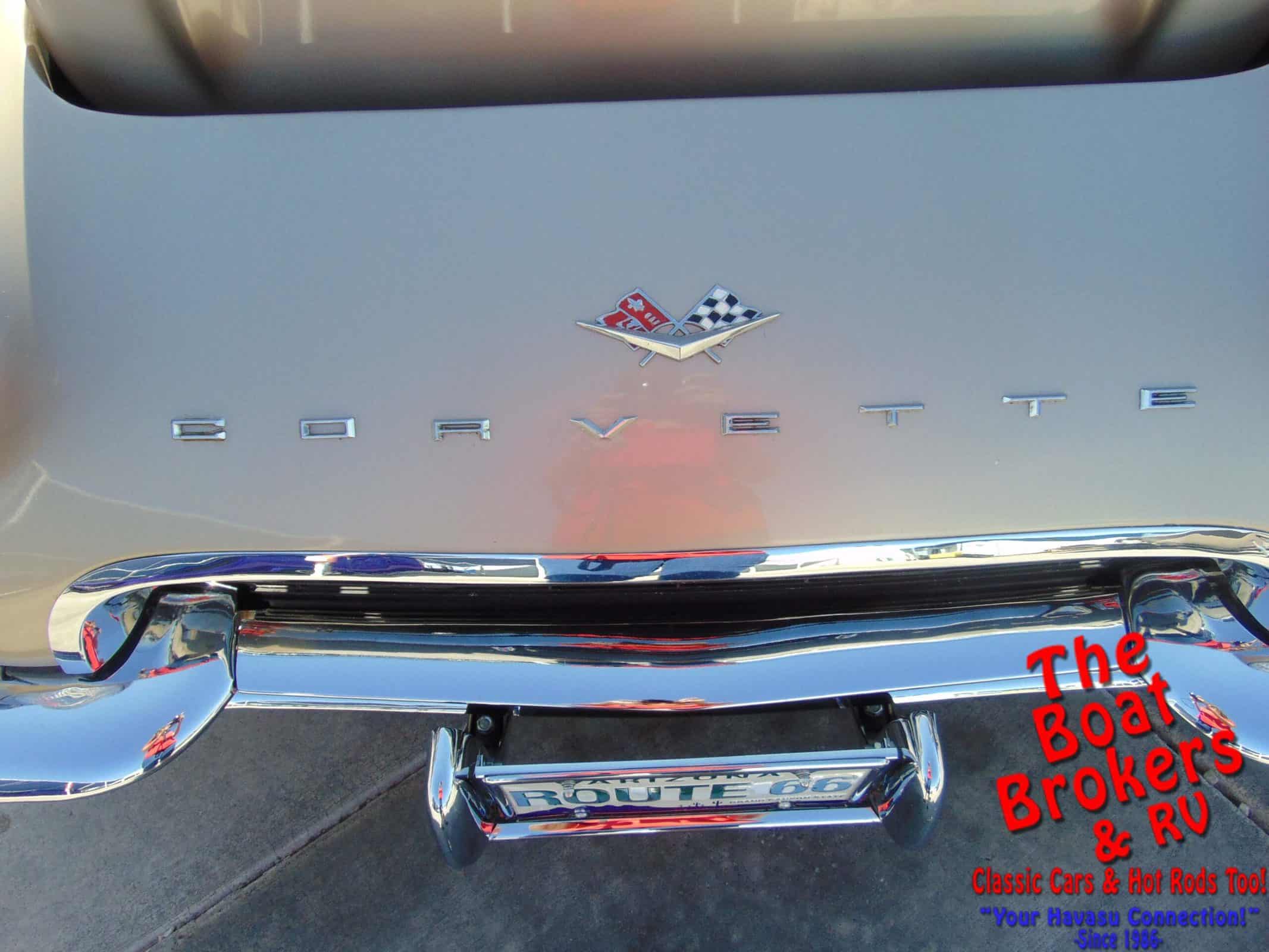 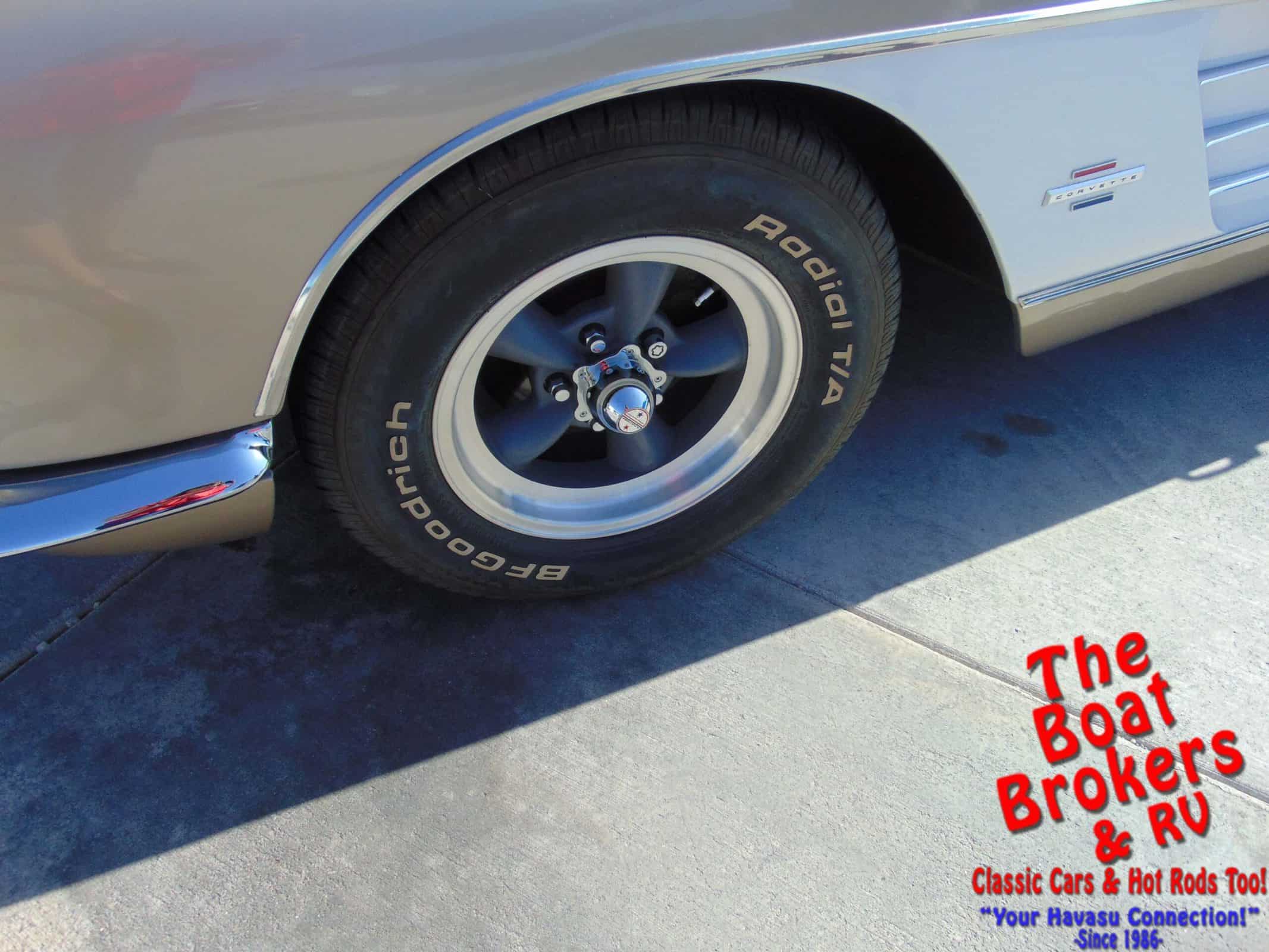 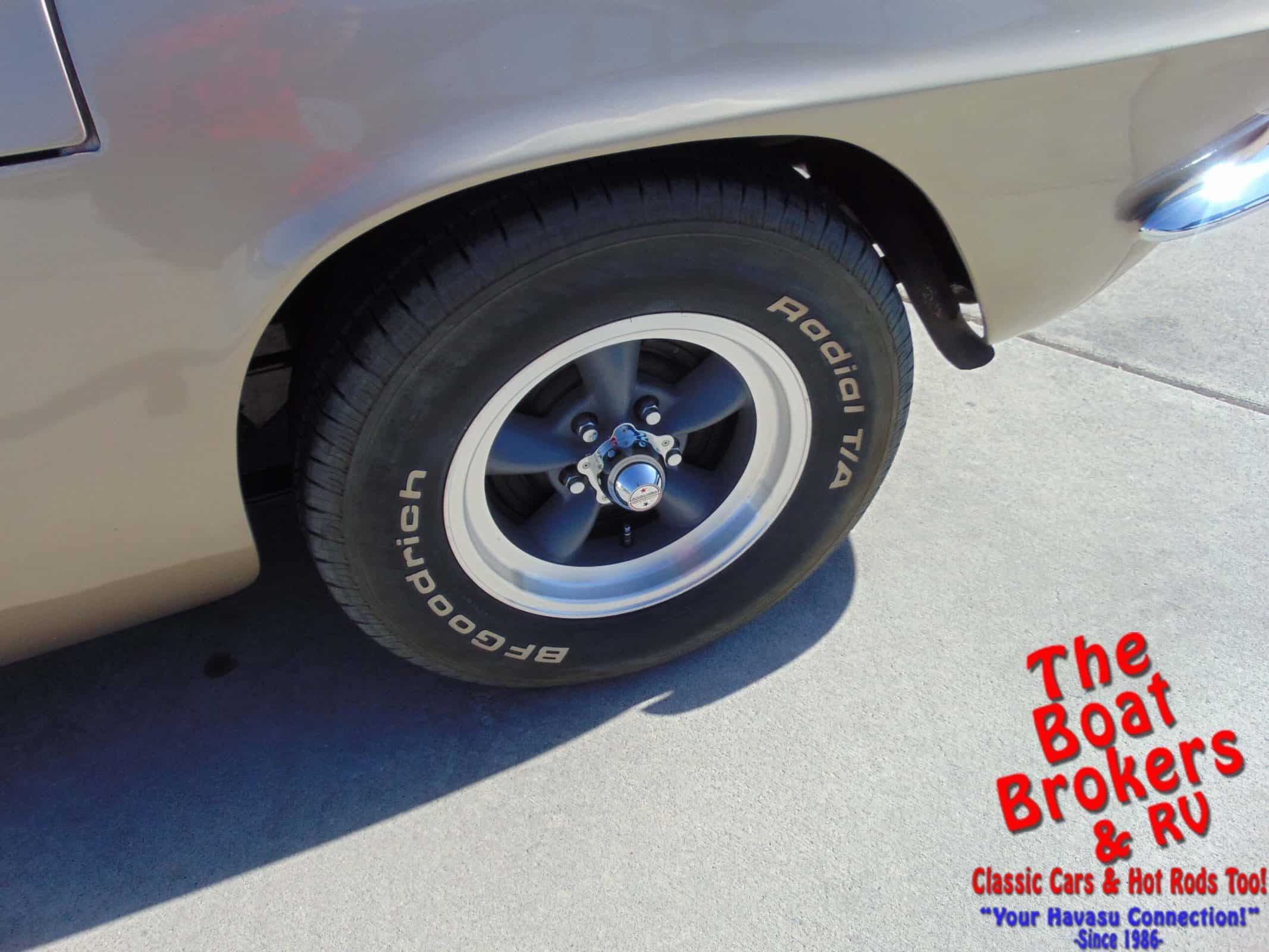 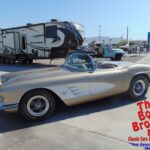 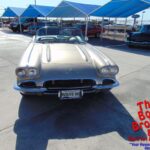 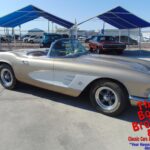 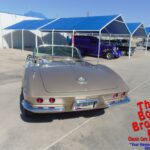 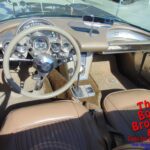 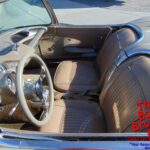 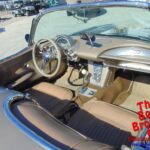 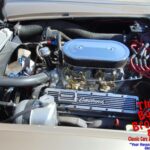 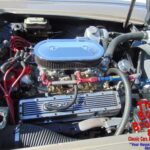 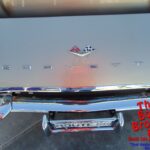 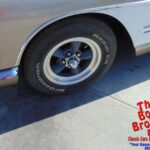 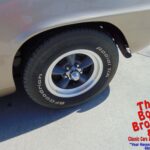 1961 CHEVY CORVETTE  This car has had an amazing restoration. It has the 283 motor with a 4 speed transmission and now has two 4 barrel carbs, front disc brakes, soft top convertible and a new gas tank was installed in 2014. The interior is in excellent condition.

The 1961 Chevrolet Corvette featured a major redesign…but you might not know it until one passed you by since the big updates were out back. GM replaced the curvaceous rear end that had been in place since 1953 with the “tail lift” or “duck tail” rear end that would largely carry over to the C2 Corvette in 1963. The exhaust outlets were also moved underneath the rear end from the previously integrated exit pipes. In addition to effectively laying the foundation for the rear end of the upcoming C2 Stingray, the tail of the new 1961 car set the tradition of four taillights in the Corvette.

Up front, the changes were far more subtle, with a billet-look grille replacing the “teeth” grille from the previous years. The twin headlight banks that flanked the new badging now featured body-colored frames, replacing the chrome headlight surrounds from past years.

Engine options largely carried over from 1960 with fuel injected models. The base engine continued to put out 230 hp, but output for the “fuelies” increased to 275 hp and 315 hp for the top end model, which incorporated high-lift cams.

Aluminum radiators now came as standard equipment and featured a crossflow design. Some early 1961 Corvettes still had the copper radiator, so check under the hood before you buy. The 4-speed manual now had an aluminum case, and the transmission tunnel for all 1961Chevy Corvettes was narrowed by 20 percent to provide more interior space.

General Motors built 10,939 Chevrolet Corvettes for the 1961 model year, making it the second most common model year of the C1.